Running is seen by many as a cheap, easy and convenient form of exercise. A great way to relieve stress and get away for it all. Running is great exercise, but it is also notorious for leading to overuse injuries that can ruin even the most elite runner’s training schedule. Up to 75% of runners sustain at least one injury per year.

There are a few common injuries that runners experience. At Jubilee Sports Physiotherapy our physiotherapists are all trained to accurately diagnose and manage running related injuries, including:

Patellofemoral pain syndrome (PFPS) occurs when the patella (knee cap) slides up and down in the groove on the femur (thigh bone) in an inappropriate way. This causes the underside of the patella to become inflamed and irritable resulting in pain. Left unchecked, the cartilage underneath the patella may become permanently damaged. PFPS isn’t prone to just runners and can occur in any number of running related sports, with pain walking up and down stairs a common symptom. 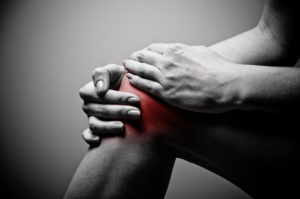 The Illiotibial band (ITB) runs down the outside of the leg from the hip to knee. Irritation of the ITB as it crosses the knee joint can lead to sharp pain, swelling and tenderness. It is more common in females and those who do hill running. Poor running technique, weakness around the hips and inappropriate footwear as well as a sharp increasing in training load can all cause ITBS.

The calf consists of two main muscles, the gastrocnemius and the soleus. When running, these muscles have to deal with forces up to eight times your bodyweight. If the calf is unable to deal with this load it can lead to chronic calf pain. Chronic calf injuries include recurrent calf tears, compartment syndrome and generalised feelings of calf tightness and pain when running. Ensuring you have correct biomechanics and are strong enough to handle the amount of running you want to do can minimise the risk of chronic calf pain.

Shin splints is the layman’s term for medial tibial stress syndrome (MTSS). It is pain that occurs along the inside of the shin bone, most often at the bottom third of the shin. Like a lot of running related injuries overuse or a dramatic increase in load are common factors in its occurrence. Poor biomechanics, flat feet and inappropriate footwear can also lead to shin splints. If not treated early and properly it can lead to stress fractures of the tibia (shin bone).

The Achilles tendon is the thick fibrous tissues that attaches the calf muscle to the heel bone (calcaneus). Achilles tendinopathy pain tends to occurs at either the insertion to the bone or 2-3cm above the insertion. It most often occurs from repetitive microtrauma to the tendon as a result of increasing running load too quickly, running on hilly terrain or inappropriate footwear or a combination of all three. It most commonly affects middle aged runners.

The plantar fascia is a thick band of tissue that runs along the bottom of the foot from the heel to the toes. It works to support the foot. Plantar Fasciopathy, often referred to as ‘heel spurs’ occurs when the plantar fascia becomes irritable causing tenderness around the heel. It is usually worst with the first few steps in the morning, with people often describing it “like walking on a pebble.” Prolonged standing and running long distances exacerbate the pain. At particular risk are runners and walkers who overpronate (excessive rolling in or flattening of the foot), although it can affect people with high arches too. 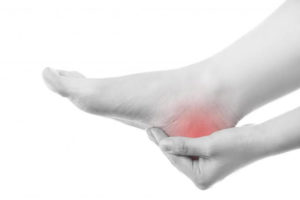 Stress fractures are usually as a result of overuse an overuse injury that occurs with repetitive and excessive force through the foot and ankle. When the muscles in the calf and foot are overloaded and fatigue, shock is not absorbed properly transferring that stress into the bones. With repeated transference of stress into the bone it can lead to a tiny cracking of the bone known as a stress fracture. The navicular (foot bone underneath your shoe laces) and tibia are two common place runners get stress fractures.

Contact one of the physiotherapists at Jubilee Sports Physiotherapy for management of running injuries and to discuss a running program suitable to your needs and athletic ability.