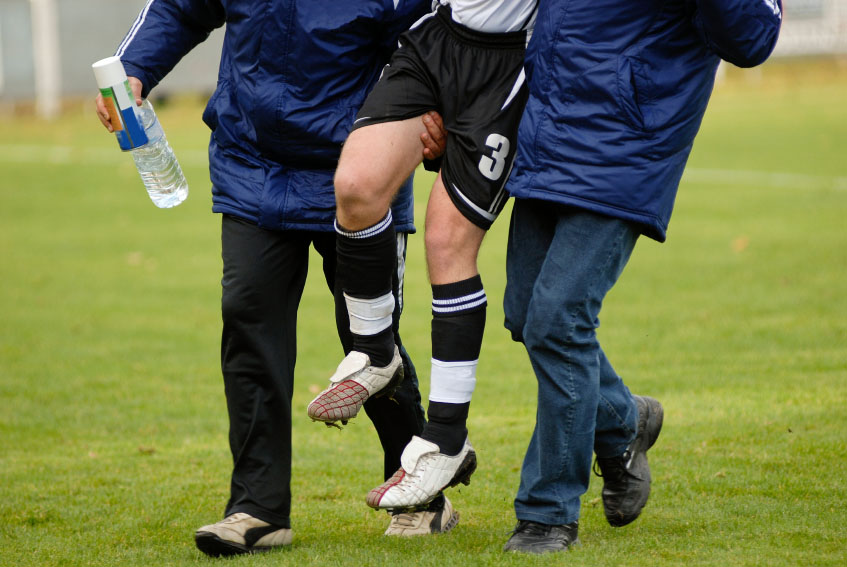 The Sydney Football Injury Centre is a collaboration of sports doctors, health professionals and coaches with extensive experience and expertise in the diagnosis and management of all forms of football injuries. Through research, education and team associations, our practitioners have developed an understanding of the demands of football sports. We have a particular interest in football injury rehabilitation and are able to provide players with the highest standard of care and the quickest road to recovery.

Each member of the team has a proven record of success in working with footballers from grass roots to the international level.  Our practitioners have been involved with sporting teams from every level of competition including the Socceroos, the Young Socceroos, the Western Sydney Wanderers, JEF United (Japan), Fulham FC (UK), the St. George Illawarra Dragons, the NSW Waratahs and the ARU Wallabies.

We are committed to providing excellence in football injury management and rehabilitation to everyone, from the elite athlete to members of the general public.  Where necessary and appropriate we are able to provide a multi-disciplinary approach to management enabling the most optimal outcomes for our patients.

If you have a soccer football injury and require an accurate diagnosis, investigations to be arranged as soon as possible, evidence based treatment and a comprehensive football rehabilitation program then contact the Sydney Football Injury Centre based at Jubilee Sports Physiotherapy.

Dr Mark Jones graduated from Sydney University in1984 and became a consultant Doctor specialising in sporting and musculoskeletal injuries. He won the Australasian College of Sports Physicians Medal in obtaining Sports Medicine Specialty Fellowship in 1994.

Dr Jones’ own sporting background involved distance running at an international level, including representing Australia at the World University Cross-Country Championships in Italy, 1988. His passion for track field followed him during his early career where he was the team doctor for a number of representative State and National Track and Field teams, including the Oceania (Australia/New Zealand) team at the 1998 Athletics World Cup, South Africa.

In 1987, Dr Jones was appointed the Team Doctor to the former Illawarra Steelers and went on to continue his role with the St. George Illawarra Dragons in National Rugby League competition until 2002.

In 1998 he changed football codes and became Team Doctor to the Wollongong Wolves in the National Soccer League for 7 years, assisting them to 2 NSL championship titles.

In 2006, Dr Jones was appointed Head Doctor to the Australian Socceroos, a role which continues to involve his attendance at all matches and training sessions, both domestic and internationally,  and in 2012 he was appointed club doctor to the Western Sydney Wanderers Football Club in their inaugural A- League season.

More recently in 2014, Dr Jones was appointed Head of Medical Services to the Football Federation Australia.

Kieran has over 18 years of musculoskeletal and sports related physiotherapy experience. He graduated from Sydney University with a Bachelor of Physiotherapy with Honours in 1993. Kieran has lectured extensively to sports physicians, physiotherapists, coaches and athletes on a variety of topics relating to injuries and effective injury management throughout Australia and abroad.

Kieran has had extensive experience with sporting teams and associations at all levels of competition and in a variety of sports; including six seasons as head physiotherapist to the St George Dragons Rugby League FC in the NRL, and physiotherapist to the Cronulla Sharks Rugby League FC, Canterbury-Bankstown Bulldogs Rugby League FC and the Sydney Kings in the NBL. Kieran’s regular clientele include multiple Olympic and Commonwealth Games gold medallists and members of both the Australian Cricket team and Australian Socceroos squad. He remains a long standing accredited service provider to the New South Wales Institute of Sport as a physiotherapist, working with the state’s elite athletes and coaches.

As a keen footballer himself, having played at state level for a number of years, Kieran has a particular interest in football related rehabilitation and injury management. He has been the head physiotherapist and rehabilitation coordinator to the Sutherland Sharks FC since 2006 in the NSW Premier League.

In July 2013, he attended the EAFF East Asian Cup with the 1st Grade squad in Seoul, Korea.

He is a founding member and executive committee member of the NSW Football Medicine Association which aims to improve player welfare in all levels of football.

Michael Gabriel graduated from Sydney University with a Bachelor of Physiotherapy in 2000 and was awarded First Class Honours and the University Medal. Michael’s research on sports stretching featured in the British Medical Journal and the Australian Journal of Physiotherapy. In 2019 he was awarded the title of an APA Sports and Exercise Physiotherapist.

In 2002 Michael moved to the UK where he took up an appointed as a physiotherapist with Fulham FC for four seasons in the English Premier League. During this time he worked with leading British authorities in the field of medicine and rehabilitation.

As a keen footballer and football enthusiast himself, Michael has a particular interest in football related injury management and rehabilitation. His appointment at Fulham FC helped pave his way into the NSW Premier League where he has been the head physiotherapist and rehabilitation coordinator to the Sutherland Sharks FC since 2006.

He is a founding member and executive committee member of the NSW Football Medicine Association which aims to improve player welfare in all levels of football.

Michael’s specialty in the diagnosis and rehabilitation of lumbar-pelvic and hip region injuries assists footballers to recover from chronic and lingering pains and to optimise performance and injury reduction during their sporting careers.

More Practitioners To Be Announced Soon