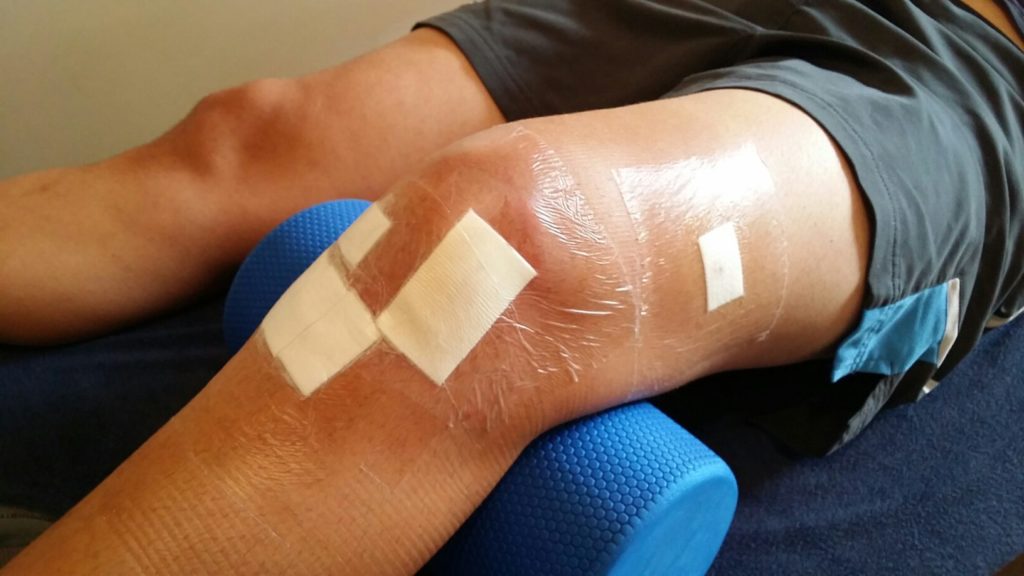 In this four part series, Physiotherapist James Pearce discloses his own feelings, concerns and frustrations as he underwent his own knee reconstructive surgery.

As a physiotherapist who routinely consults and treats many people with ACL injuries, when I ruptured my own ACL, I decided to write this blog and give an insight into the recovery and rehabilitation process from a physiotherapist’s perspective.

In this second installment of my four part series, I discuss my frustrations in trying to get back to normal and in post-op restrictions: 2-weeks to 3-months.

Having had my two-week follow-up with Dr MacDessi and knowing all initial signs were good, I knew the hard slog had begun. I had the next few months to build up my strength, balance and agility with my next main goal to prepare myself for running. As Dr MacDessi had repaired my meniscus rather than removed the torn part I was still restricted in what rehabilitation exercises I could do. The benefits of meniscal repair are that it can reduce the chances of arthritis in the future. It does however mean much slower progress initially. Dr MacDessi was happy for me to flex my knee as much as I could actively but did not want me to bend it past 60 degrees in weight-bearing for 12 weeks’ post-surgery.

By 3 weeks post-op (June 6 – June 12) I was now back into the swing of things at work, starting to rebuild my caseload and get a lot busier in the clinic. Whilst I enjoyed being busy this did take a toll on my knee. By lunch time and the end of the day my leg would begin to feel heavy and I would notice a significant increase in my swelling at the end of the day compared to the start. I was still wearing my compression stocking and icing when I got the chance as well as taking the prescribed anti-inflammatories however my knee wasn’t appreciating the load on it.

Around the four-week mark (June 13- June 19) you can usually start to increase the strengthening component of the rehab. For me, my biggest focus this week was getting rid of my limp. I find it very interesting how for the best part of 30-years I walked without a limp and now my brain and body wouldn’t let me walk normally again. It caused a few arguments at home so I decided I would get Jason and Michael to help me fix it. I paraded up and down the corridor at Kareela whilst they both laughed and critiqued me. The boys realised I wasn’t flexing my hip enough and walking too stiff legged (two very common compensations post-surgery – as it makes the knee feel more stable) so I walked up and down that corridor to more laughter until I managed to get it better. It took so much concentration to do so, but I knew I needed to get proper biomechanics back.

I returned to driving in the 4th week also. I drive a manual normally and although it was my right leg I swapped cars with Mum and took her Auto so there was less to concentrate on. Driving itself wasn’t a problem. I had enough strength and knee ROM to use the brake and accelerator. The main issue was my knee didn’t like being in a fixed flexed position for more than 15-20 minutes. Any longer than that and it began to ache. Getting out of the car after 30 minutes of driving and my leg did not want to straighten and my limp returned. It was however great to get my independence back.

By week 6 (June 27 – July 3) I was ready to start some single leg balance work. As I was still wearing my ROM brace at work to prevent my knee bending as the stability and control around my knee was poor. I now began single leg calf raising, single leg balance on the ground and Bosu, some stability work with theraband also. It was really challenging just standing on my right leg with my arms crossed and near impossible to do it with my eyes closed.

I decided after the 6th week I should do away with the brace. Although it was helpful to restrict my knee bend in weight-bearing I needed to focus on knee stability and that wasn’t happening in the brace. I felt a little lost without it at first, not having the safety blanket and my knee certainly felt a little wobbly at times. Within a couple of days, I realised my knee was starting to cope a lot better and I felt stronger.

Following the removal of the brace my knee continued to gain momentum. I was growing in confidence and the knee started to move and feel normal. I still had a severe lack of strength in both my quadriceps and hamstrings but my walking and standing endurance was increasing. The bike was my best friend.  Since there is no real load through the knee with stationary bicycle I was riding that almost daily. It was a good way to get my knee moving, feel some fatigue in my knee and also raise my heart rate. After close to two months without exercise I was desperate to do some.

By around the 10-12 weeks mark (July 25th – August 14th) I was very frustrated and bored with my rehab. My knee was feeling pretty good but still weak and I was limited in what I could do. I was completely sick of my basic inner range quads exercises, ¼ squats and hamstring curls. I must admit in this two-week period I was very slack with my rehab and was just counting down the days to that 3-month mark.

Finally, it was the 15th August and my restrictions were over! I was free to begin loading my knee in ranges greater than 60 degrees flexion. I was really excited, as previously mentioned I was getting extremely bored with my rehab at this point. Now was when the rehab would get interesting and I could start to begin deep squatting and single leg exercises. I was also closer to my main aim of running again.

If you have any questions regarding the management of an ACL injury or to discuss prevention strategies specific to your sport, consult with one of the Physiotherapists at Jubilee Sports Physiotherapy. Please contact our Caringbah practice on (02) 9540 9400 or our Kareela practice (02) 9528 2200.

PrevPreviousEat Like A Pro: Eight Foods To Help Improve Your Athletic Performance
NextRunning For Your BackNext