Perils Of The Short Form: The Heavy Price Paid By Bowlers 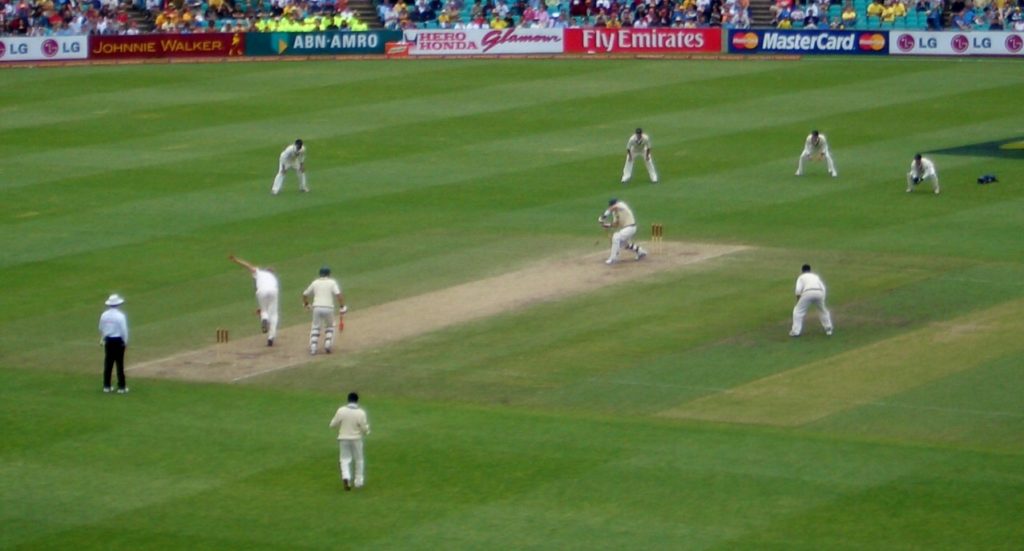 Former Cricket Australia strength and conditioning coach Jock Campbell says the sport’s hierarchy ought to consider tying teenage sensation Pat Cummins to a contract that restricts him to playing only the game’s longer form until his body matures.

Campbell said Cummins, who has missed his second successive Australian summer through stress fractures, needed extraordinary treatment because of his age.

”Pat is skilful enough to play Test cricket but physically he’s not,” Campbell said. ”I think he’s a different case to most of Australia’s other fast bowlers because he’s a teenager and his body is still maturing.

”He has to gradually develop workloads over the next year or two to handle the rigours of Test cricket and if CA think he’s the future, they should contract him as a Test player, stop him playing in three T20 competitions around the world. He needs to build up so in two years’ time he’ll be a big part of our bowling attack.

”I don’t think you can keep throwing him back into one-day internationals or T20 now. The focus should be on him being a four-day and five-day cricketer and, when his body hardens and he gets the volumes behind him, throw him into two forms.”

When Cummins’s stress fractures were diagnosed in November after he helped spearhead the Sydney Sixers to victory in the lucrative Champions League, he conceded the intensity of having to bowl each of his 24 deliveries at top pace was harder on his body than four-day cricket because, in the longer format, there was time to build up to full pace.

Campbell, who was contracted to CA from 2000-05 and now works as Channel Nine’s high-performance analyst, said Cummins had acknowledged one of several problems fast bowers faced in the T20 era. ”I don’t have full access to their workloads but I’m looking at why these things are happening and I’m trying to come up with answers in my own mind,” said Campbell, who, in conjunction with Brett Lee, produced Pushing the Boundaries a DVD to help young fast bowlers maximise their potential.

”The latest challenge for modern cricket is only being recognised because T20 has only been around for five years. We’re learning such things as the impact losing the older bowlers, who focus on T20 for the money and to extend their careers, is having on younger players.”

I think perhaps the biggest issue for bowlers is T20. When players go away to a T20 tournament they’re playing outside their CA obligations and playing for a franchise that is only concerned with winning a tournament. However, travelling and playing T20 won’t keep a bowler conditioned to play Test cricket. It takes a bowler two to three months from a pre-season to build up their bowling, volumes and speed. If you did what Jacques Kallis and Ben Hilfenhaus did and come from back-to-back T20 tournaments and then play Test cricket without the work required to bowl long spells, you can’t expect to survive. Kallis didn’t even play in the warm-up game against Australia A but he bowled a lot of overs in the first Test and was injured in the second Test. CA have put some things in place, they sent the [Australian team’s] bowling coach Alistair de Winter to the Champions Trophy, and they’re making the bowlers put the onus on themselves to maintain their workloads.

There was a time when the older blokes bowled the majority of their team’s overs. A younger bowler coming into state cricket was the third seam bowler and he’d build up his workload over time. Now your older pros, Dirk Nannes, Brett Lee and Shaun Tait, play only T20 because they can make money and prolong their careers – and good luck to them. However, these young fast bowlers come into first-class cricket earlier and, as we know, young bowlers get injured due to the jump in workload. A bloke comes from grade cricket, goes into Shield cricket and becomes the main bowler. All of a sudden there is a leap in workload and the injuries start. Pat Cummins is the case in point. He’s a teenager, he played a couple of Shield games and was picked for Test cricket where the intensity is higher and the expectations are he’ll bowl faster for longer.

In 2010 Doug Bollinger went from the Champions Trophy straight into a Test series and, because he was underdone, he suffered and the team suffered. He was bowling well but his body couldn’t withstand the increase in workload. It’s the case in these T20 competitions, where the international professionals prepare how they want as long as they perform for the franchise. That was early days [of T20] and he obviously didn’t do the work that was necessary. The onus is on the players to ensure they do the overs.

From ball one of a T20 match, fast bowlers must be at their best. They have little time to get ready and from ball one they know the batsman is going for them. They bowl mid-140, 150km/h straight up and it puts extra strain on the body when it might not be quite ready for it. The bowlers have to stay warm, stay loose … in Test matches you might bowl a nice tidy over at 90-95 per cent your maximum, but in T20 you can’t afford to.

Ten years ago there were only three bowlers who could regularly bowl at more than 140km/h: Brett Lee, Jason Gillespie and Shoaib Akhtar. Now in the Big Bash League there’s 10 bowlers who regularly hit 140km/h and there’s several around the world. Every ball bowled is measured by the speed gun and if Brett bowled three balls in a row under the speed we expected him to generate when I was with the Australian team, I was sent around to see if there was something wrong. I remember [ex-West Indies skipper] Clive Lloyd saying on his day Jeff Thomson was the quickest, but that wasn’t every day. Brett was the first to maintain his pace throughout his spells and he set a high standard but bowling at that pace puts stress on the body. Shaun Tait was quick but his body can’t handle those stresses.

The loss of human resources around Australian cricket has been significant. Other sports have dragged [away] people like Errol Alcott, who had 22 years’ experience as a physiotherapist in cricket and when he left the view seemed to be there were plenty of other physios … and while there are some great ones around Australian cricket, 22 years was a big loss … Pat Farhart was let go from NSW cricket, [which] meant 20 years’ experience left. Steve Partridge, 15 years’, was another loss. All the Australian strength and conditioning coaches who’ve held the job since its inception have left for other sports or other countries. We’re starting to see the impact of it.

Back-to-back Tests increase the chance of injury [to a bowler] by 87 per cent. All the cricket authorities know it but they keep scheduling back-to-back Tests, well aware of the chance ”something” will give. If the Boxing Day and New Year Tests go the full five days you can expect neither bowling attack will be intact by the end of it. The good thing is there was once only two days between the Test matches, and now there’s three. It gives players more time to recover. When the bowlers push the speed boundaries, they risk pushing themselves over the edge.

Mitchell Johnson and Peter Siddle are examples of two blokes doing it right. They’ve realised to play Test cricket they needed to get fitter and stronger. Last year was a breakthrough season for Siddle. He increased his pace by 5-8 km/h, bowled mid-140s the whole season and he also maintained his pace all season. He didn’t take the two to three months off at the end of the season that state players do. He went and trained with the Carlton AFL team before he started his pre-season training with Victoria and the benefits are he’s faster, stronger and quicker. He’s on his vegan diet, but still getting protein and his strength is said to be increasing in the gym. Mitchell Johnson has become stronger, he’s running faster in the outfield, he’s bowling quick and maintaining his speed. He’s strong, powerful and lean.