Should you repair a torn ACL? That’s a surprisingly tricky question 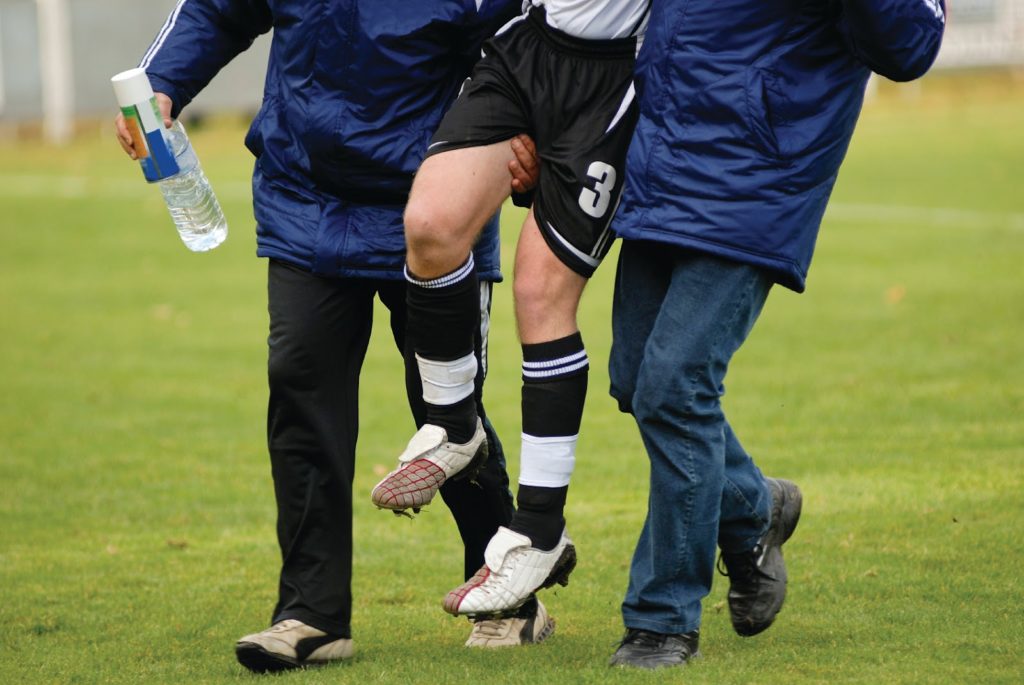 Perth Glory’s Dino Djulbic tore the anterior cruciate ligament in his right knee in the 60th minute of his team’s grand final loss to Sydney FC in May 2019.

For nearly all 36-year-old athletes, that would be the end of their career.

But just under five months later – without surgery – Djulbic lined up for his second match since recovering; for Perth Glory in Saturday’s match against Western United. He played his first last week, just 147 days since the injury. He’s being heralded as a ‘miracle man’.

“The surgeon recommended surgery,” Djulbic, 36, told The Sydney Morning Herald and The Age. “I said ‘look mate, that’s not an option. I can’t take 12 months off. I am out of contract, my career would be done. What are the odds of recovery without surgery?’

Front view of knee with patella (knee cap) not shown

The next day he was in the gym at 5:30am, working to strengthen his leg muscles. He went through intensive physiotherapy from the club’s medical team. He would do this every day for the next 10 weeks.

After two and half months, Djulbic was running straight lines. Soon after that he was changing direction. In three months he was back into full training with his teammates.

“I know the injury is there but it’s what you put in your head,” he says. “If you’re a little bit stronger minded you don’t accept you’re defeated, that’s a big thing.”

Djulbic’s recovery is an example of the mysteries of the most controversial ligament in the human body: the ACL.

The ligament runs diagonally through the knee and keeps it stable. Tear it, and most people – athletes included – will immediately seek surgery.

That turns out to be far more controversial than you would think.

Other scientists say there is no strong evidence ACL surgery works any better than not doing surgery. Many people do fine without an ACL and don’t need surgery at all, they say.

“The outcomes after ACL surgery has rightfully been questioned, because when we follow the outcomes of these athletes after surgery are not very good.”

Studies show almost a quarter of athletes – and a third of AFL footballers – who receive ACL reconstruction surgery will reinjure their ACL. Less than half of patients will return to competitive sport.

And there are many stories of people seemingly able to cope without an ACL, some even returning to top-level sport. Penrith Panthers halfback Peter Wallace played two seasons without an ACL; NBA basketballer DeJuan Blair played over 450 games without ACLs in either knee.

Professor Pappas believes too many people opt for surgery when there is another way: a physical rehab program that trains leg muscles to increase stability.

Some people will find they still need the surgery, but in other cases a good recovery can be made without it.

In 2013 Swedish researchers tested rehab against ACL surgery in a trial published in The BMJ. After five years there were no differences between the two groups in pain, sports function, and how their knee injuries affected their daily lives.

“Currently,” says Professor Pappas, “there is no evidence that surgery is superior to rehab.”

He argues the Swedish study has major flaws – about half of those who got rehab later asked for surgery, for example – and points to other research suggesting people who don’t get surgery are at a higher risk of damaging their knee further, requiring a total knee replacement in the future.

“The Swedes don’t play AFL or netball. And if you don’t reconstruct active young athletes and they come back with a bucket-handle tear of the [knee cartilage] due to instability, then you’ve got a big problem,” he says.

“There are risks with not having an operation that athletes should be aware of, particularly tearing the knee cartilage. The large long-term studies – and this is debatable – would suggest young and active people should have a reconstruction.”

Both Professor Pappas and Professor Vertullo agree that some people, like Djulbic, do fine without an ACL.

The question is who these people are. Science still cannot tell who should have the operation and who can give it a miss.

People who want to return to basketball and soccer should consider surgery, Professor Pappas recommends.