Did You Know Muscles Are Key To Good Health? 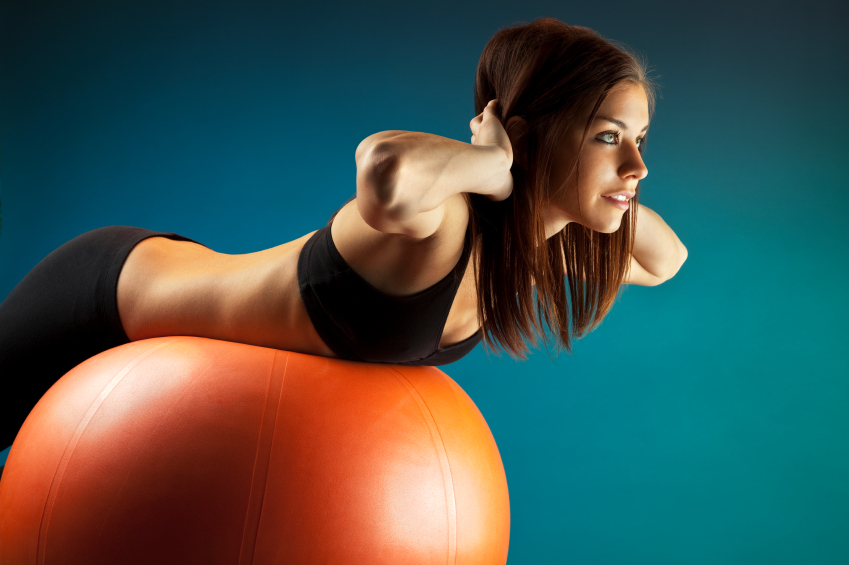 If you still see exercise as an optional extra, not a health essential, science is finding more reasons to change your mind ~ including new research that suggests strong muscles are good medicine.

One of the most compelling recent findings is that muscles are actually a huge secretory organ. When we exercise them, they release hormone-like chemicals that have a major influence on every system of the body, says Rob Newton, foundation professor of exercise and sports science at Western Australia’s Edith Cowan University.

The effects of these chemicals – called myokines – include reducing the low-level inflammation in the body thought to contribute to heart disease, type 2 diabetes and Alzheimer’s – and possibly working as tumour suppressants.

”Some studies have found that extracting blood from exercising humans and adding it to cancer cells in test tubes slows the rate of cell reproduction,” he says. ”In a study of mice, the growth of breast cancer cells was halted in mice that exercised, while the cancer continued developing in mice that were inactive.”

This may be one reason exercise appears to help reduce the risk of some cancers and improve survival in people with cancer.

”Some types of exercise, including strength training, also produce a surge of the hormone testosterone, which helps sharpen thinking and memory,” he adds.

Then there’s the effect of exercise on mitochondria, the little energy ”factories” in our cells. When you exercise, your body makes more mitochondria – and the more you have the more you can do.

”But when you’re inactive, the numbers of mitochondria decline so it gets harder to do things,” Newton explains. ”If you become ill when you already have fewer mitochondria, it’s harder to recover. ”

Examples like these show why an exercise habit is like a pill that boosts energy, strength and improves resistance to disease, he says.

And if we want to reduce the risk of inactivity-driven diseases such as heart disease, diabetes, cancer and Alzheimer’s, we need a regular dose all the way from childhood to old age.

It’s not just grown-ups who have been forced into inactivity by 21st-century lifestyles. When did you last see a toddler walking in a shopping centre? It’s more common to see toddlers and even older children sitting in strollers or shopping trolleys and it’s easy to see why. Wheeling children around is more convenient than walking at their pace. Yet if you check Australia’s latest Physical Activity Guidelines, spending long periods in car seats and strollers isn’t on the to-do list. ”All children (birth to five years) should not be sedentary, restrained, or kept inactive for more than one hour at a time, with the exception of sleeping,” is the advice.

”Once I would have said that it’s in the teens when children leave school that physical activity declines, but kids are becoming less active at younger ages,” Newton says. ”Screen time is up but there are also other factors, including concerns about litigation or safety that lead to limits on what children are allowed to do – like banning monkey bars or even lunchtime sport in some schools.”

And although we hear a lot about kids needing calcium for strong bones, only physical activity will build bone, he says.

Ironically, among the tips for bone and muscle-building moves for five to 12-year-olds from the Physical Activity Guidelines is climbing or swinging on monkey bars and climbing frames. Other suggestions are games such as tug o’ war (great for muscle) and hopscotch (because jumping is good for strengthening bone), along with dance, gymnastics and martial arts.

Prime time for bone growth is childhood, adolescence and young adulthood – getting as much bone in the ”bank” between then and 30 is a hedge against the gradual bone loss that starts after 40.

Because these are peak years for building careers and families, time is limited, but being physically active helps mind and body work better, improving productivity, Newton says. ”If you say, ‘I’ve got kids – there’s no time to exercise’, it’s worth remembering that you won’t be much good for your kids if you have a heart attack.”

While aerobic exercise to prevent heart disease is important, we also need two to three sessions of strength training a week, he says.

”Doing aerobic exercise like walking, running or cycling and ignoring strength exercises is like remembering to change the oil in the car regularly but ignoring the transmission fluid.”

50 to 65: Disease-proofing for better health

An exercise habit now will help stave off chronic diseases that can blight older age.

”If you’re planning to travel in retirement but get to 65 with problems – overweight, arthritis and muscle loss – it won’t be so much fun,” says Newton, stressing that conserving muscle and bone with strength training helps head off frailty further down the track.

”Walking is terrific for helping to prevent cardiovascular disease but does nothing for building muscle or bone,” he says.

”Regular strength training also provides muscles with a built-in repair kit. It causes satellite cells attached to the outside of muscle cells to proliferate and donate nuclei to muscle tissue, allowing new cells to grow and repair – so even though you’re older, muscles are still strong and tuned for repair and growth.

60 plus: Getting with the strength

You’d think the generation most likely to pick up weights are 20 or 30-somethings doing CrossFit, but strength training now has considerable traction with the over-60s, Newton says. Many have joined Living Longer, Living Stronger – a program of strength-training classes, available in some states, to reduce age-related decline and improve health.

”It doesn’t have to be strength training at the gym – it can be gardening if there’s lifting and digging involved. The No. 1 reason people go into dependent care is frailty. This is the age group with the most to lose if muscle strength dwindles, but a lot to gain if they can slow muscle loss.”