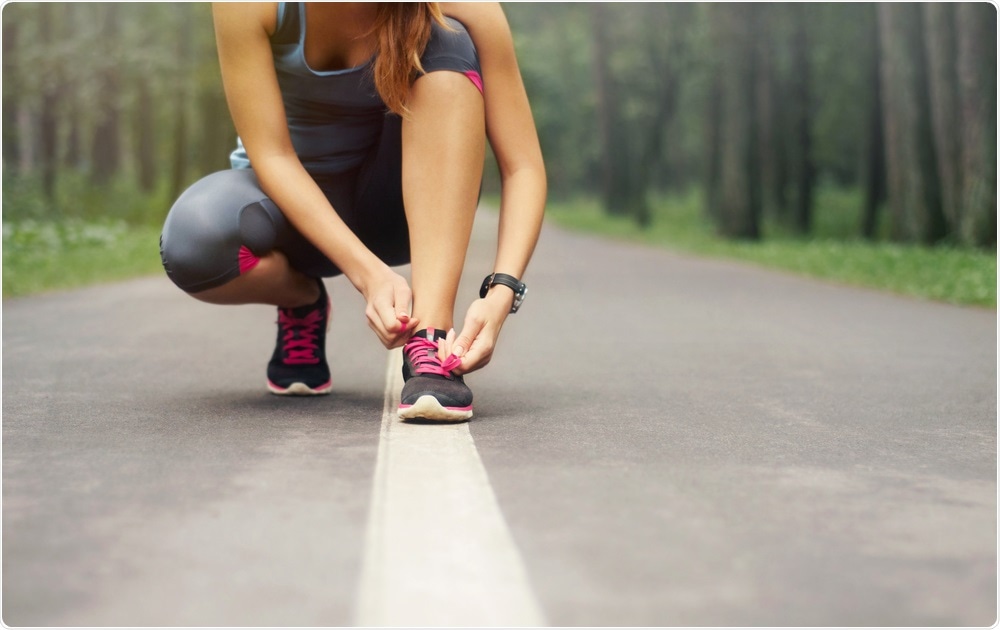 Another reason to start exercising regularly this New Year! Research suggests that regular exercise not only improves heart health but can also slow down cognitive decline and potentially delay the onset of dementia. The new study, which was conducted by researchers at the German Center for Neurodegenerative Diseases, was published in the latest issue of the journal Mayo Clinic Proceedings.

The team of researchers concluded that exercising regularly could help improve cardiovascular fitness which in turn can help improve brain health. The total brain volume and gray matter also rose with regular exercise and the regions of the brain associated with cognitive decline and aging were also found to improve.

The team explained that the gray matter of the brain is associated with cognitive ability and is one of the main regions that is affected in dementia and cognitive decline seen with age. With exercise, the amount of oxygen that reaches the brain rises and this is speculated to be the reason behind increased gray matter volume of the brain.

The team explained that the gray matter of the brain is associated with cognitive ability and is one of the main regions that is affected in dementia and cognitive decline seen with age. With exercise, the amount of oxygen that reaches the brain rises and this is speculated to be the reason behind increased gray matter volume of the brain.

The study included 2013 adults belonging to two cohorts living in north-eastern Germany. Participants were followed up between 1997 and 2012. Cardiac and respiratory fitness was measured using oxygen uptake in each patient. An MRI of the brain was also recorded and analyzed. The results of the study revealed that regular cardiorespiratory exercise can help improve brain health and also retard the cognitive decline of the brain.

The team led by first author Katharina Wittfeld, Ph.D., a researcher at the German Center for Neurodegenerative Disease, explained that good cardiorespiratory fitness includes moderate regular exercise which is around 150 minutes per week.

In addition to this, quitting smoking, eating a healthy and balanced diet, maintaining a healthy body weight, maintaining normal levels of blood pressure, blood sugar and cholesterol etc. are vital in improving cognitive health. The study was aided by the University Medicine Greifswald, Germany.

According to accompanying editorial with the article, the results of this study are, “encouraging, intriguing and contribute to the growing literature relating to exercise and brain health.” The editorial was published along with the main study results.

First author of the editorial, Dr. Ronald Petersen, a Mayo Clinic neurologist and Cora Kanow Professor of Alzheimer’s Disease Research explained that this study is unique and remarkable because of the measurement of the effects of the exercise on the brain structures as well as functions:

“This provides indirect evidence that aerobic exercise can have a positive impact on cognitive function in addition to physical conditioning. Another important feature of the study is that these results may apply to older adults, as well. There is good evidence for the value of exercise in midlife, but it is encouraging that there can be positive effects on the brain in later life as well.”

The data is “encouraging”, but there are some limitations to the study

Despite the findings, it must be remembered that exercise and prevention of Alzheimer’s disease has not been studied here. One of the co-authors of the study Michael Joyner, a Mayo Clinic anesthesiologist and physiologist and Frank R. and Shari Caywood Professor at Mayo Clinic, said:

“This is another piece of the puzzle showing physical activity and physical fitness is protective against aging-related cognitive decline. There’s already good epidemiological evidence for this, as well as emerging data showing that physical activity and fitness are associated with improved brain blood vessel function. This paper is important because of the volumetric data showing an effect on brain structure.”

Clifford Jack Jr., another co-author of the editorial and Mayo Clinic neuroradiologist and Alexander Family Professor of Alzheimer’s Disease Research said, “Nevertheless, these data are encouraging. The findings regarding cardiorespiratory fitness and certain brain structures are unique.”

Exercise has previously been shown to improve memory

This study from researchers at the Australia’s National Institute of Complementary Medicine at Western Sydney University and the Division of Psychology and Mental Health at the University of Manchester in the UK included researchers from more than one nation and the team looked at the effect of exercise on the hippocampus region of the brain.

The hippocampus region helps in memory and other brain functions. With age, the brain shrinks at the rate of five percent every 10 years after the age of 40 years.

For this study the team looked at the results of 14 clinical trials that looked at the brain scans of 737 participants aged between 24 and 76 years. The effects of aerobic exercise, stationary cycling, treadmill running and walking was assessed after the interventions were applied for three to 24 months (at the rate of 2 to 5 sessions per week).

When you exercise you produce a chemical called brain-derived neurotrophic factor (BDNF), which may help to prevent age-related decline by reducing the deterioration of the brain. Our data showed that, rather than actually increasing the size of the hippocampus per se, the main ‘brain benefits’ are due to aerobic exercise slowing down the deterioration in brain size… In other words, exercise can be seen as a maintenance program for the brain.”